Best Coffee destinations Around The World

Coffee lovers find it an adventure finding the best spot to buy their favorite drink. Some people also travel far and wide to have a cup of coffee – Apart from enjoying a cup of coffee, one could sit and watch and eventually get immersed in the culture surrounding local coffee. Here are some of the best coffee culture spots around the world.

Seattle, Washington.
It is sensible that the city that bore Starbucks has the most coffee consumption in the United States of America. In every 1,000 residents in Seattle there are 2.5 coffee outlets. Starbucks contributed to the rise of Seattle as a coffee hub. Also amall coffee outlets have sprout up hence overshadowing Starbucks. The city boasts of both fair trade and organic blends.

Melbourne, Australia.
Coffee in Melbourne was first introduced by Italian immigrants to the area. This area celebrates coffee in a unique way better than anywhere else. Certain joints like the Seven Seeds and Proud Mary brew coffee from selected coffee beans.

Addis Ababa, Ethiopia.
Even though the Orthodox Church banned coffee for some time, Addis Ababa is ranked among the top ten countries that brew the best coffee in the world. The coffee culture in the area dates back to the 10th century. Ceremonies that involve coffee drinking are a common and elaborate occurrence. The coffee culture in the area offers an opportunity for drinks with an Ethiopian or Italian feel.

Tel Aviv, Israel.
The coffee culture in Israel began about two decades ago. There are numerous coffee shops that have come up in order to accommodate the growing population in Israel. The country has a history of people converging in cafes hence ignoring the political, security and economical situations. There are a variety of coffees which include cold coffee with decaf or soy milk, black Turkish coffee or espresso. Most of the coffee outlets in Israel are found at the center of Tel Aviv.

Havana, Cuba.
Coffee in Cuba is sold under the brand name of Cubita. It ranks among the best coffee in the world. It is sold virtually anywhere ranging from the shops to hotels. Some people opt for the cheap coffee that is usually a mix from uncertain areas and sold for one National peso. An example of coffee sold in Cuba is the café Americano which is a regular drink in the area.

Santa Mara &Valle de Dota, Costa Rica.
Coffee is the most popular beverage in Costa Rica. Coffee from Costa Rica is mild, slightly acidic, clean and straightforward. The coffee also has lots of flavor. The aim of residents was to come up with good specialty of coffee. For this and more tips in info about travel , check out: Indietravel . 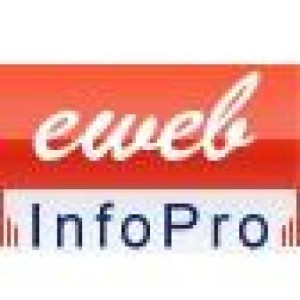 Top 5 places to visit in Portugal!